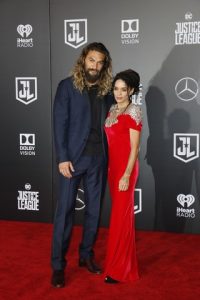 Thinking about dating a younger man?  Perhaps you already are.  He is attractive, into you, and may have a lot going for him.  But he may be 10 or more years younger than you.  And while the whole older guy-younger woman thing is accepted in our culture, the reverse is less true– There is still a bit of a cultural stigma about older women being with younger guys.  Even though this is getting better and better over time!

Actually, it makes great sense for a woman to consider dating a younger man—because women tend to live longer than guys!  And often women take much better care of themselves than men do.  Think about it.  Who looks better when you go to your high school reunions?  Usually much better?  The women.

So consider dating a younger man so that you get lots more options of matches to choose from. Smart women take advantage of this! Here are three tips to make it happen.

Dating a younger man can be a fantastic choice for lasting passionate love.

For example, celebrities like 64-year-old Kris Jenner, the matriarch of the Kardashian clan, is having a wonderful relationship with her love, Corey Gamble, who is 39.  And actress, Priyanka Chopra, 37, is very happily married to singer, Nick Jonas, age 27.  Hunky Jason Momoa is 40 and he in an amazing marriage to Lisa Bonet, who is 52. So dating a younger guy can work out to be a terrific choice for lasting juicy love.  Definitely something to consider.

It is important to counter any of your negative self-talk about being too old!  To stop  focusing on your saggy breasts, wrinkles, gray hair or having too much baggage.  Or thinking that you are just over the hill. This kind of self-sabotage is mean and demeaning to you.  You would never talk to a friend like that!

You may feel like you are just too old to date younger guys. Or you may want to nix a younger man who has shown interest.  Simply because “this can’t possibly work with our age difference”.  Once again it may be that the younger guy is truly interested in you and could work out to be an awesome match. So use an affirmation like, I find love that is just right for me in a surprisingly wonderful way.

Anne, a fifty-seven-year-old in our coaching program, describes how she met her new husband, Jay, a 45-year-old widower who was a friend of a friend.  First, she started by working on getting rid of her negative self-talk:

It became obvious to me that I needed to take a good look in the mirror to see why I had a repeated pattern of attracting less than satisfying partners. I began doing some inner house cleaning, no holds barred. Like being really honest, moving out of self-deception and pretense. I realized that if I wanted a really great guy, I needed to become a really great woman, and a terrific human being…. First, I began to appreciate and cultivate my better qualities and accept the flaws. I focused on what was right and uplifting and gave up caring about the more superficial nit-picky things that had nagged at me and made me feel self-conscious….

But one day I realized that I was seeing relationship potentials through some unexamined limiting beliefs. I discovered that I held a belief that I couldn’t do the work I loved, travel and have my friends, family and sacred time alone if I had a partner…. I started discovering other sabotaging beliefs, about relationships, sacrifices, difficulties, shortage of good men available in this age range, my attractiveness (or lack thereof) as a golden girl, etc. When I had cleaned house, I saw exactly what had been preventing my meeting the right-for-me partner. I deliberately created a new belief that I was with a loving partner who was supportive, healthy, and caring. Two weeks later I met Jay.

Dating a Younger Man: How Anne Fell in Love

After Anne did the inner work on herself, she allowed Jay to come into her life, even though he was much younger than her.  Here is how they fell in love:

We were on our way to a concert. Within fifteen minutes Jay looked me square in the eyes. He said, “Who are you and what are you doing in southern Montana?” His look and the tone of his voice seemed as if he had found his long lost love at last, reuniting with her after spending millenniums apart. I felt a kinship, intrigued by our many similar delights. I quickly put aside any biases I had about dating younger guys. We discovered our similar taste in music, ethnic food, travel, love of getting out in nature, philosophy, open-minded spiritual exploration. In fact, this meeting and the synchronicities that brought us together surprised both of us.

Anne and Jay are now very happily married. Their age difference is just not an issue. So, just like Anne, you can use the maturity that comes with age to open yourself to more positive relationships, including dating younger men.

Don’t Settle for Less: What Does That Really Mean?