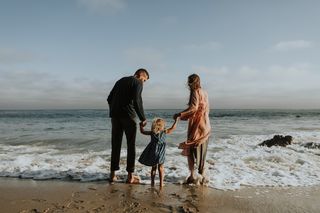 In writing about her personal journey, journalist Joanna Pocock noted, “At a playground in London, one mother told me she thought having an only child was tantamount to child abuse as she watched my daughter toddle alone in the sandbox. When I told my mother that I probably wouldn’t have any more children, she exclaimed disparagingly that one child was ‘simply not a family.’”

Sentiments about only children swarm the Internet, revealing that many don’t need to hear opinions from “others” to feel concern or second-guess their child-rearing decisions. Parents who have one child wrestle with their decision. “I don’t need to be told that my son might be lonely if I don’t have another child,” wrote one mother.

“I have an only and will never forgive myself for only having one,” someone told me in an email message. Perhaps something in her background or living among families that, for the most part, have several children elicited her strong statement. But she is not alone.

Another mother is more measured. She told The Detroit Free Press, ”I wish we could handle another kid, and I feel terrible when my daughter asks for a baby sister. At the same time, I know this [one child] is the right choice for us.”

Who’s Actually More Likely to Be at a Disadvantage?

For parents of only children, a most troubling notion is to compare having a singleton to child abuse — especially when it may be more correct to say that “child abuse” between siblings is surprisingly common. The former is misguided thinking; the sibling problem is reality.

After reading “The Dark Side of Siblings,” my article addressing sibling abuse, a reader, along with many, many others, related her experience: “I wish someone had told my parents this. I grew up fearing for my life because of a violent older sibling who never forgave me for committing the offense of being born . . . If I told my parents, they yelled at me for complaining.”

The University of Michigan School of Medicine reports “that violence between siblings is quite common. In fact, it is probably even more common than child abuse (by parents) or spouse abuse. The most violent members of American families are the children.”

An anonymous writer shared her experience of living with an abusive sibling in an article titled “To Protect My Daughter From the Abuse I Survived, She Will Be an Only Child.” It presents an actuality that many parents — wary of inflicting negative only-child stereotypes on their children if they choose to not have more children — might not consider when family planning. “I have always been acutely aware that a sibling may not be a blessing. And when I hear people bemoan the so-called sad plight of the only child, I remember how often I actually longed to be one,” she wrote.

When “Others” Tell You…

The “others” who tell you that your one-child decision is unfair, that you are putting your child at a disadvantage, or it constitutes “child abuse,” probably have no idea what your reasons may be. You don’t have to explain your infertility, miscarriages, a difficult pregnancy, or struggles with postpartum depression, money issues, or a partner who doesn’t want more children or who may have children from another marriage. Or that one child is what you want . . . period. 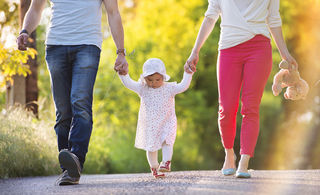 Paul Chai, an only child living in New Zealand, makes the argument that being an only child is a plus, one those who have or want an only child might want to adopt. He also offers a strong message to the “others”: “So, enough with the one-shaming. You might think having, or being, an only child is weird, but I think strangers asking what I plan to do with my sperm and my wife’s uterus is pretty socially awkward. Count on that next time you feel the need to butt in on what is a pretty private matter with no wrong or right answer.”

Related: Growing Up Without Siblings: Adult Only Children Speak Out