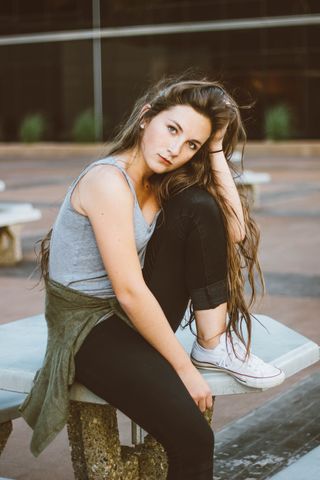 I saw “Dear Evan Hansen,” the hit Broadway musical, with my 15-year-old niece. She was enthralled months before we ever entered the theatre, knowing the words to every song. The messages resonated with everyone in the audience—whether in their teens or, like myself, long passed those tumultuous and difficult adolescent years.

To explore their important messages more deeply and reach more parents and young people, the show’s creators expanded the play into Dear Evan Hansen: The Novel. It is a powerful portal into the teenage psyche. The book examines adolescence and its painful experiences—anxiety, loneliness, and depression. Although published as a YA book, this coming-of-age story draws an insightful portrait for parents about how teens act and respond to one another. It also paints a clear picture of how many perceive their parents—and what they need from them.

Evan Hansen, a high school senior, is lonely and essentially rejected by his peers.  Suzanne Degges-White, a professor at Northern Illinois University and PT contributor, writes, “Loneliness results when we feel that our social support network isn’t providing us the support that we need at a given moment in time…it’s a hole that we long to fill…” She adds, “If a person doesn’t feel confident in their own skin, it can be unbelievably hard for them to venture into a group and attempt to make social connections.”

That would be Evan, the book’s narrator, and he explains one of his many predicaments: “I never loved lunch. There’s not enough structure. Everyone’s free to go where they please and where they please is nowhere near me.”

Evan lived on the social edge at school where he watched, analyzed, and measured how he could protect himself—hoping to be invisible and out of the line of fire, while simultaneously wishing that he wasn’t invisible. “I want to see a misunderstood person who someone is finally taking the time to understand,” Evan says.

In discussing their research, Drs. John and Stephanie Cacioppio of the University of Chicago Pritzker School of Medicine explain loneliness as “a discrepancy between what you want in terms of social relationships and what you have.” The perception that you are socially isolated “means that you are on the social perimeter—a dangerous place for a social animal, because you don’t have the same mutual aid and protection you have when you have salutary connections with those in your social environment. When one feels lonely, the brain tends to go into self-preservation mode.” Their brain imaging studies have shown that being lonely increases the attention one pays to anything perceived as a social threat.

Evan’s parental support, skeletal as it is, may, in part, explain his anxiety and discomfort around his peers. Evan’s father is psychologically and geographically unavailable, and his single mother works long hours as a nurse and has returned to school on her nights off. Evan tells us, “…my mother, living with me in the same house, and I honestly can’t say she feels any closer [than his dad who lives a thousand miles away].”

One study, “Adolescent-parent attachment: Bonds that support healthy development,” underscores the impact of parental involvement on adolescent self-worth. The authors, Marlene Moretti, Professor of Clinical Psychology at Simon Fraser University in Canada, and Maya Peled, point out that children of unavailable parents “view themselves as unlovable and unable to attract care from their parents, and they view others as punitive and disinterested in them.”

Compounding the lack of connection to his parents, his mother doesn’t see Evan for who he is. He feels her disappointment at every turn: “I’m not like everyone else. No one else at my school makes their mother’s eyes well up with tears when they’re just sitting there not doing anything…no one else at my school has an assignment from their therapist.”

Evan’s assignment is to write himself a daily letter that begins “Dear Evan Hansen: Today is going to be an amazing day, and here’s why…” Not an easy feat for Evan. His position is, “Maybe—if I just stay here in my bedroom, then it might actually come true.” For him, day-to-day functioning, just getting through class periods and lunch without incident is the goal.

But, on the first day of senior year, his life begins to unravel more. His letter to his therapist reads in part, “I wish that everything was different. I wish that I was a part of something. I wish that anything I said mattered, to anyone. Let’s face it: would anybody even notice if I disappeared tomorrow?”

The letter for his therapist that he printed out in the school’s computer lab is taken by Connor Murphy, a known bully, troublemaker, and loner. When Connor commits suicide, his parents find Evan’s letter in Connor’s pant’s pocket. The Murphy’s assume the boys were friends, that their son had written the letter to Evan Hansen and signed it, “Sincerely, your best and most dearest friend, Me.” They press Evan for details and, to comfort the Murphy’s in their grief, Evan obliges.

His inability to set the Murphy family straight embroils him in a convincing fabrication and snowballing nightmare of emails and a website to honor Connor created with help from Evan’s “newfound friends” that goes viral. Evan knows he has to change the Murphy’s misperception, but he enjoys being recognized and accepted by his peers as well as by the Murphy’s, who treat him like a son. The connection with the Murphy family offers the previously unmet need from Evan’s own parents.

Dear Evan Hansen: The Novel underscores how parents unintentionally may act and how children perceive their actions and words. Although Evan’s situation and the events in the book are unusual, the book is foremost a window into the teenage mind. There are key lessons in how parents can avoid failing their children, especially those who flounder or have periods of feeling they are not good enough just as they are. Isn’t that the case at different points for almost every teen—even the most popular? And, what kid hasn’t felt like a stranger to a parent? Or conversely, what parent hasn’t at one time or another thought, “I don’t know my child anymore”?

Dear Evan Hansen: The Novel just might be the read that brings you and your teen closer. Most teens face the struggles of loneliness or rejection or the many pressures and hard-knocks that come with this phase of life. The book fleshes out issues that cannot be fully explored in a stage play. Even if you saw the play, I highly recommend reading the book, then passing it on to your teenager.

A teacher’s insights and suggestions that parents can tailor to use at home: “In High School, the Kids Are Not All Right: With social and academic pressure mounting, a teacher shares what he’s learned about tracking his students’ mental well-being.”