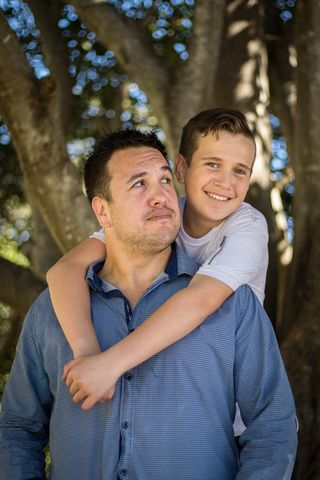 My first boss after graduating college made extremely aggressive and inappropriate gestures and comments, as men frequently did a few decades ago. In that time—20 or 30 years ago and before—men’s harassment and violation of women was largely overlooked. If a woman complained, it was likely she would not be believed.

We live in a new reality. It’s a grim reality that, thanks to #MeToo, has not only been revealed but also has begun to be dismantled. As #MeToo has shown us, women’s voices are starting to be heard and taken seriously. Employers now take punitive action more frequently, often regardless of how much power the accused may have.

Women and many men understand the impact of #MeToo. But do young boys—the key players in upholding female equality and fair treatment for future generations? As the movement continues to unfold, many parents wonder how to translate these topics for their children, especially their boys. Consider #MeToo your entry into discussing essential points about consent and respect with your sons.

The Advantages of Speaking to Younger Boys

Long before boys are teenagers who might become involved in risky behaviors, before parents need to worry about their sons acting inappropriately with a young lady at a party or in a parked car, parents can instill vital principles. They can set the stage for their son’s being considerate and respectful of girls and women.

When boys learn to honor females’ boundaries by default, knowing that is the standard from a young age, it can carry powerfully into adulthood. Demonstrating this behavior for your children is crucial. Sons absorb that they must respect women as worthy fellow humans if fathers are consistent. Your boys are watching and learning; they are paying attention even when you’re convinced they are not.

Because parents are their kids’ most influential role models, we want to be aware of the signals and messages we send. Parents—especially dads—uncles, and other male role models close to the family can teach lasting lessons to the youngest of boys.

1. Be supportive of what your wife or partner does, especially for you. Make an effort to praise or appreciate her not solely because of her role as a wife or mother, but as an individual with unique gifts and ideas.

2. Be thoughtful. Help out in ways men traditionally haven’t (dishes, laundry, childcare). Share in these loathsome chores with your female partner; show your son that housework shouldn’t be a gendered duty.

3. Apologize within earshot of your children when you do something upsetting or plain inconsiderate (being late for dinner without calling or forgetting to stop at the grocery store or to empty the dishwasher).

4. Be aware of how you interact with women—be kind and caring—and insist on the same of your sons in the treatment of their sisters or female relatives. This includes not crossing her boundaries, physically or emotionally, be it entering her room without permission or being negative about a boy she likes. This helps foster inherent respect for her space.

5. Call out your son on mistreatment of a sister or an unkind comment made about a girl at school.

6. Avoid making insulting or derogatory comments about women you work with.

As boys enter their preteen and teen years, the subject has to be tackled directly and concretely. Namely, this includes a conversation about what defines consensual sex. It’s a must-have discussion, granted a difficult one.

Because it’s so difficult, it’s a good idea to plan ahead. Kids will roll their eyes and tell you they know, but the reality is that adolescent boys are incredibly influenced by their peers and by the male-conquers-female scenarios that often play out on TV and in the movies. Here are specific points to discuss with your sons:

1. Don’t be pressured because you think friends are sexually active.

2. Be wary of alcohol and other drugs as they impair one’s ability to think clearly.

3. Don’t think a “sexy” top and short shorts mean a girl’s okay with your sexual advances.

4. Just because she doesn’t ask you to stop doesn’t mean she’s fine with the intimacy; make sure the young lady is comfortable by verbally asking.

5. NO means no—listen for it or notice if she’s hesitant. Is her body language communicating “Stop?” If so, stop immediately.

6. Underscore the boys’ role. The Steubenville, OH trial of football players who raped an intoxicated 16-year-old at a party demonstrated the dire consequences—emotionally, socially, and legally—of unseemly behavior. We need to stop confusing sports obsession and hero worship with dignity.

7. Talk to your sons about the risks of sexting—whether they ask or a girl pressures them for nude photos.

8. Remind them of other potential fallout of their actions and behavior aside from the harm it causes others. For example, college admissions personnel could well scroll through their Facebook page or Twitter feed.

With #MeToo, boys and men are more often being held accountable. Aside from instilling respect for women in your son, it’s important to remind them of the lasting ramifications of harassing behavior (aside from the crippling, lifelong ripple effects it can have on victims).

Almost daily, there’s an incident in the press or covered on TV that demonstrates how men’s bad behavior resurfaces and comes back to haunt them. Sexting ended Anthony Weiner’s promising political career in New York and his marriage. Think: President Trump and the Access Hollywood tapes; Christine Blasey-Ford and Judge Kavanaugh hearings (relating to a party she attended at age 15): the downfall of highly successful and powerful men—celebrity names like Charlie Rose, Matt Lauer, Harvey Weinstein, Senator Al Franken, and Justin Fairfax, the Lieutenant Governor of Virginia. Many women are no longer afraid to speak out about incidents that occurred decades earlier.

Parents must underscore that beyond being a decent, caring person, good behavior is more than proper—it’s an investment in their future. With digital technology—social media, cellphone images, and countless other tools for unearthing decades-old information—boys need to understand that bad behavior has witnesses.

Fallout can be permanent and permanently damaging. This was evident in the Steubenville, Ohio trial of two football players who raped a 16-year-old at a party in 2013. The horrific event was taped and released on the Internet with severe consequences to the two athletes for their behavior.

“What happens in Vegas stays in Vegas,” doesn’t apply to adolescents—or anyone for that matter. With technology, it’s too easy to photograph or find “dirt”—something young men need to emblazon in their minds.

Boys of all ages respecting women and honoring their boundaries can only happen if parents are diligent in talking about, demonstrating and explaining acceptable protocol and behavior when it comes to the girls and women already in their lives, and the ones to cross their paths going forward.